Baseball is America’s most treasured form of entertainment, so it’s only right that it’s most recent champ gets the grandest stage to play on. Usually a fan has a reason for his/her respect of a certain ballpark, but with Kauffman stadium, it is hard to pinpoint that certain reason. The home of the Kansas City Royals is nothing short of an entertainment capital, nevertheless a must see when sightseeing around America.

Forever Royal may just be a slogan for the defending champs, but the stadium holds true to it as well. Unlike most Major League Baseball venues, the front of the stadium is nothing special, it’s once one is inside that the beauty/tenacity awaits. Imagine going to see a great play in NY or LA, the historical design of the theatre is a sight to see, but when the curtain opens to present one of America’s great plays, the fans are knocked out of their chairs in amazement; that is the effect that Kauffman Stadium has.

Unlike some ballparks, the field itself actually draws the crowd away from the concourse to their seats. That is just one aspect that makes the K special. As one walks around the main concourse, “forever Royal” is screamed in one’s ear, as if the fan is on baseball’s greatest stage. The pilings are all gold and blue, and most of them have historic Royal dates on them describing what happened on that day. However, the bright lights shinning on the crown and field draws fans away from the concourse to the game, which is hard to do with modern style stadiums as the new attractions, aside from the game can be a distraction to the main event. 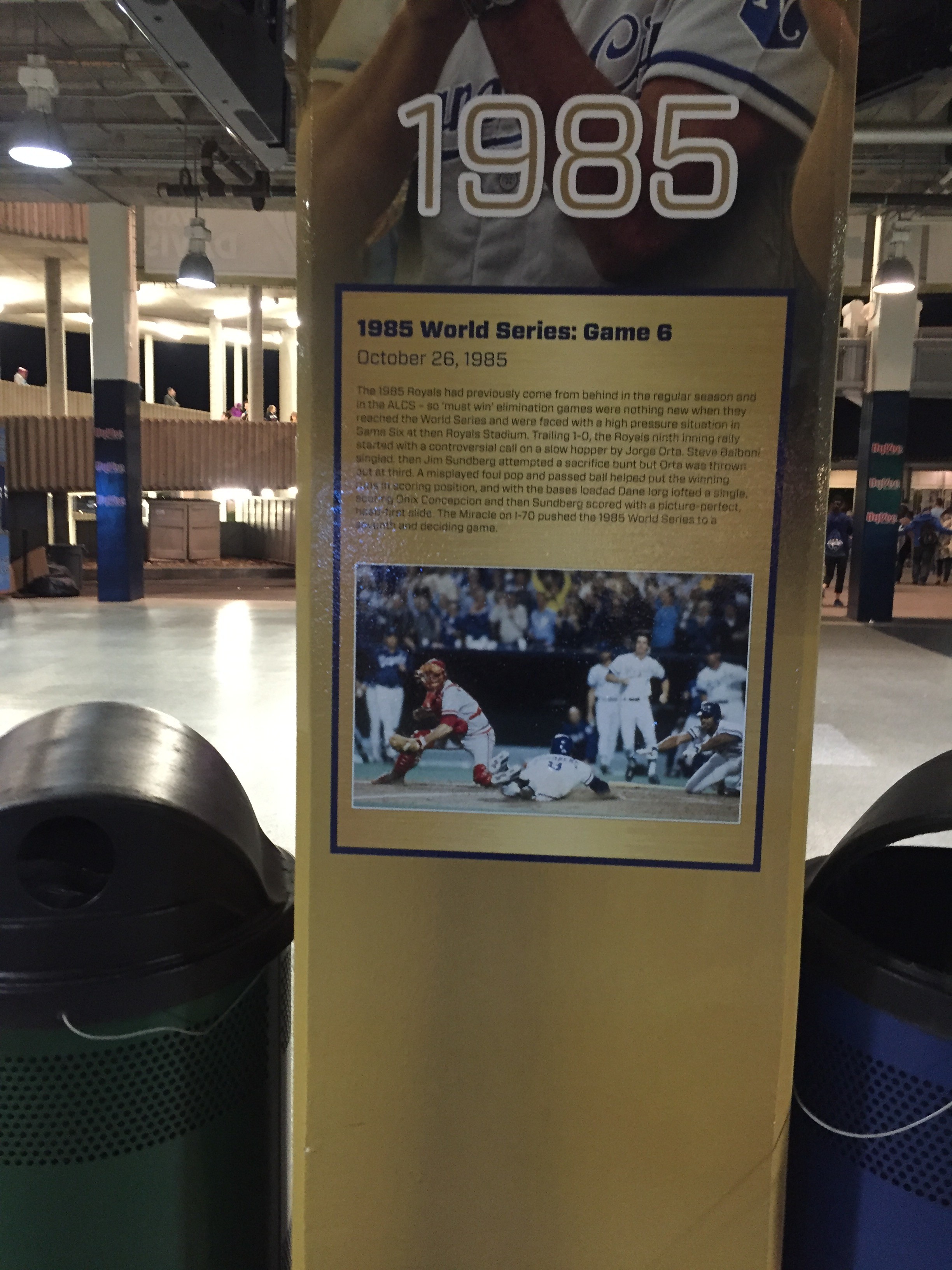 The outfield concourse is like being on the top floor of the Empire State Building, one may have come to see the building itself, but being at the top is where the stamp is pressed down as an absolute worth while visit. On either side of the historical crown in centerfield are 5 statues including George Brett and the former owner Ewing Kauffman. Also in right field, is a huge sports bar overlooking the field making it one of the most popular destinations at Kauffman. On the other side of the crown in left is the Royals own Hall of Fame museum. But, what makes the whole stadium worth while are the spectacle of waterworks/waterfalls/fountains beyond the centerfield wall. 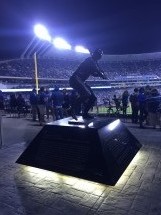 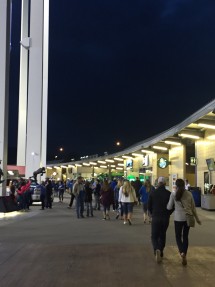 Preserving the history of the game usually makes a stadium look older, but somehow Kauffman Stadium brings it back to life. Talk about entertainment, something that can be an escape for someone after a long day at work or hard times at home, is exactly why the business was created. Kauffman Stadium is one of the most phenomenal entertainment centers in the US. Baseball being America’s Past Time is no longer widely agreed upon, as football and other sports have gained popularity, but if a stadium were to re-represent baseball as America’s Past Time, and remind people by putting the game on a grand stand, that would be Kauffman.