Edenton, NC is nothing special, just another good for nothing town out in the middle of no where. The stadium where the summer collegiate Coastal Plain League team, the Edenton Steamers play, is nothing better than the town, but it has it’s upsides. Like War Memorial Stadium, home to another Coastal Plain League team, the Peninsula Pilots, the Edenton Steamers also play at one of the oldest and historical stadiums in the league, thus it’s full name, Historical Hicks Field. 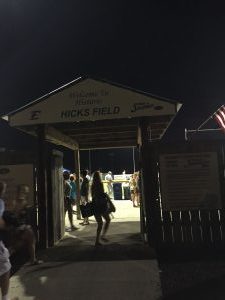 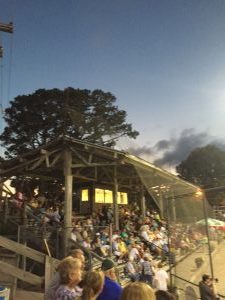 As Hicks Field was home to some minor league teams in the 1940’s, the most famous player to step foot on the field was first ballot Hall of Famer, Bob Feller. The wooden bleachers are the oldest standing wooden grandstand in the state of North Carolina. In 1997 renovations were completed by adding two bleacher sets on the 3rd and 1st base lines, as well as doubling up the left field wall to decrease the amount of homers due to the shortness of distances to the fences. 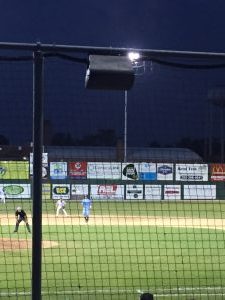 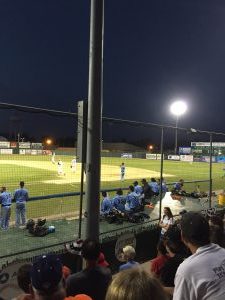 The concession stand in right field is historical, built like a barn, with picnic tables right outside. The crowd atmosphere is good, with some old fashioned hecklers in the stands. The dugouts are interesting like no other stadium as they are built into the ground like a trench in war, with players sitting on top of the dugout watching the game. Despite Baseball America ranking Historic Hicks Field the #2 summer collegiate venue in the country, back in 04′, the smallness of the stadium and condition of the field and the location of the venue counteracts the historical meaning, thus making Hicks Field a C+ grade stadium.